Closing The Gap Between "IT" and "Everyone Else"

Traditionally, IT has been the domain of a group of highly trained technical specialists who do everything from repairing computers to balancing server loads to installing software updates to creating and deleting email accounts.

This siloeing off of tech-related tasks has resulted in a stereotype, perpetuated by shows like The IT Crowd, of nerdy, perpetually annoyed IT workers whose first question is always, “Did you try restarting your computer?”

And while the stereotype makes for good television, it doesn’t fit with the rapidly changing world of business.

IT Is More Than A Cost Center

In the past, IT has been considered a cost center. Tasks like keeping computers up to date and managing email accounts was considered a necessary cost of business, but certainly not ones that contributed to revenue in any meaningful sense.

But, to quote Bob Dylan, “The times, they are a changin’.” The role of the IT departments is dramatically shifting, moving from being solely a cost center to an integral factor in increasing revenue.

...the role of IT departments within business has expanded well beyond those responsibilities they’ve traditionally been associated with. Today’s IT departments are more than necessary expenses. They’re a significant force for change, providing real competitive advantages and becoming true profit centers — just as responsible for generating revenue as any sales department.

Even just a cursory glance at the digital tools now being used by businesses demonstrates this reality. Sales teams rely heavily on CRM systems to find, nurture, and close new leads.

HR departments are increasingly using digital documents to speed up everything from onboarding to getting signatures on confidentiality agreements.

And every employee now carries a mobile phone, allowing them to download any apps they think might help them do their jobs more effectively (or entertain them when they’re bored).

The implication? Instead of functioning independently from the other business departments, IT must collaborate with the departments.

In other words, rather than thinking of a IT as a single department, it needs to be part of everyone’s job. It should be thought of more as a strategy than a single entity.

Instead of a cost center, it should be understood as just as responsible for generating revenue as the sales department.

The data backs up this idea. Again, to quote Salesforce:

The potential advantages offered by this new era of IT are nearly limitless. Research indicates that 74% of IT leaders say the business teams they partner with believe IT is the biggest driver of business success. As a result, 77% of IT leaders believe that IT now functions as an extension of existing business units, rather than as a separate entity.

Businesses are starting to realize that when IT strategy and business goals are aligned, there is massive potential for increased growth.

And while this all sounds great, it raises a critical question: how do you close the gap between the IT department and everyone else in a business?

How do you create a sense of IT ownership and collaboration throughout an entire business?

#1. Strategic Alignment From The Top Down

First, and most importantly, a concerted effort must be made to align business goals and the IT strategy. In other words, every element of the company IT strategy should designed to help the business achieve its most important goals.

For example, if a strategic business goal is to increase leads by 50% by Q4, an IT strategy of upgrading 40% of the servers doesn’t make much sense (unless it’s a dire necessity or somehow contributes to increasing the number of leads).

Or if it’s determined that reducing the complexity of the employee onboarding process will significantly reduce costs, implementing a new computer update system doesn’t align particularly well with that core business goal.

Are you starting to see the picture?

In order for business and IT goals to be in alignment, there must be a top-down initiative. CIOs, CTOs, and other tech leaders need to collaborate closely with heads of other departments in order to ensure consistency across the board. The tech leaders need to create a comprehensive IT strategy that will give other departments a competitive advantage.

This may look like researching a new CRM system that will help the sales team more easily process and follow up on leads. It may involve working closely with the HR department to create new, digital workflows which replace outdated, paper-based ones. Or it could look like helping the customer support team create an automated process by which all customer interactions are gathered into a single, unified portal.

The main point is that CIOs and CTOs need to be working closely with every department to help them achieve their strategic business goals.

#2. Buy In Across From Top Executives

This ties in closely with the previous point. It’s one thing for IT leaders to create a strategy that will further the business goals. It’s another thing altogether to get department executives to buy in.

They may simply be content doing things the way they’ve always done them. Or they may be hesitant to implement a new technology, fearing it will actually keep them from achieving their goals. Or maybe past interactions with IT executives haven’t been particularly productive.

Additionally, every department head has to navigate the complexities of their annual budget. New tech initiatives will almost always require at least a portion of that budget. Furthermore, implementing a new plan always requires time and resources from department heads and the employees under them.

The implication? Buy in is absolutely essential for everyone who will be affected by an IT strategy.

Or to put it conversely, IT strategy must be created in concert with department executives so that they will instinctively buy into it.

Usually, this means working with closely with key stakeholders during the development process. This ensures that:

Again, this is quite different than the normal method of developing an IT strategy independent of other parts of the business. This is a much more collaborative method in which all they key players are involved, giving feedback, and ultimately helping with the roll out phase.

#3. A Commitment To Customer Satisfaction‍

By helping to create systems in which real-time customer data can be consistently accessed across every department.

For example, let’s say a customer from Company XYZ calls the customer support line with a problem.

Normally, this would be handled solely by the customer support team, without other departments getting involved.

However, this also affects the sales team, who may be trying to increase the amount of revenue that comes from Company XYZ. If the sales team is unaware of the problem, they are less equipped to answer objections that spawn from that initial problem.

However, if data is shared in real-time across departments, the sales team is also made aware of the problem and can speak directly to it as they negotiate with Company XYZ.

In some senses, the IT strategy should function as a pipeline between departments, funneling key data back and forth, which in turn helps create a seamless experience for customers.

Rather than being an isolated department who focuses exclusively on the tech side of things, IT can function as a facilitator between all departments, helping each of them achieve increase customer satisfaction and achieve their primary business goals.

Welcome To The New IT

The times are indeed a changin’. More than ever, IT is not just a cost center, but a critical component of a company’s success. When a collaborative and cohesive IT strategy is developed that specifically furthers key business goals, it can create a significant competitive advantage.

On the flip side, if IT remains an isolated department, creating strategies independently of other departments, companies will quickly find themselves passed by their competition.

To put it bluntly, IT is now everyone’s responsibility. Companies that embrace this new reality are much more likely to see increased revenue, better communication between departments, and higher levels of customer satisfaction.

Webinar: IT in the Modern Enterprise

View our Q&A with IT experts from HelloSign and Okta 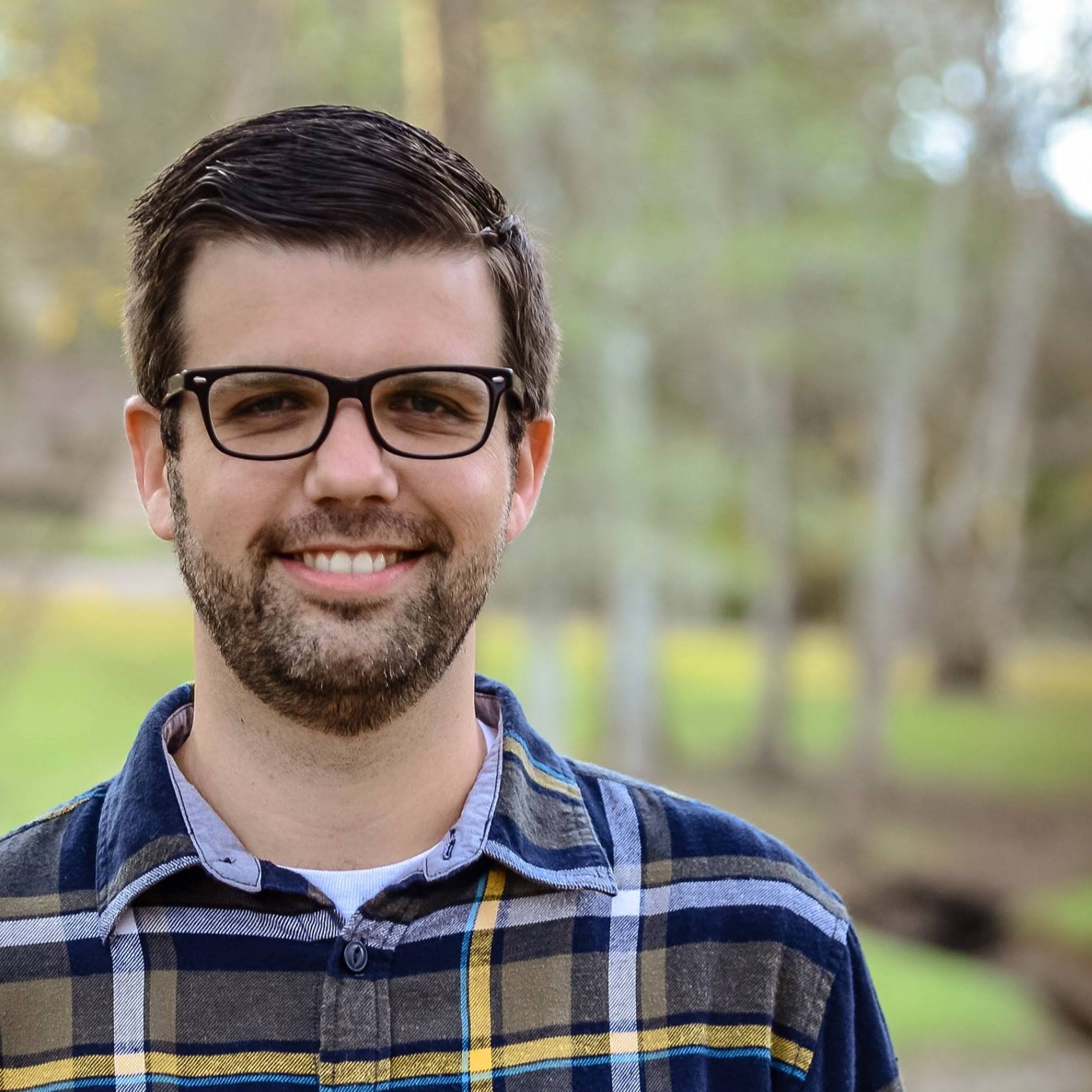 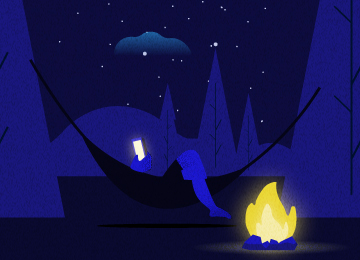 The Future is Now, and It's Having a Profound Impact on How We Work 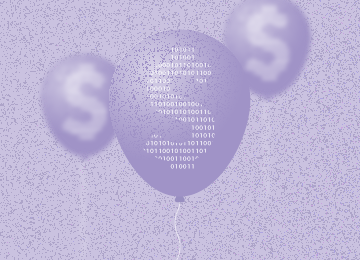 The Cost of Digital Transformation 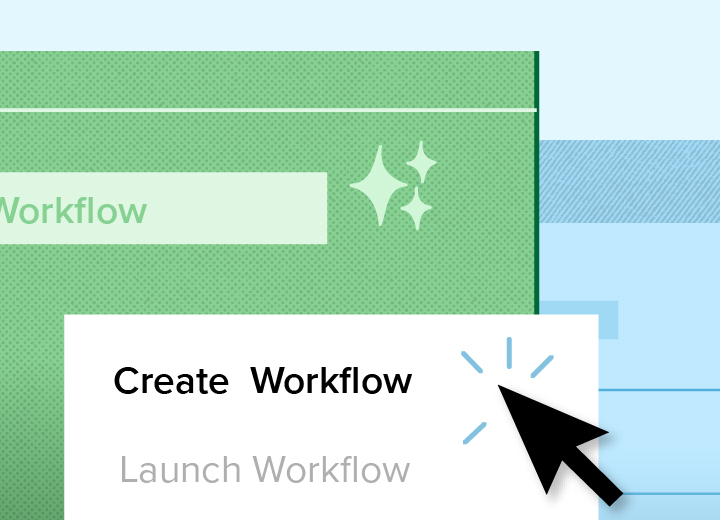 How to Create a Workflow in HelloWorks

Get news, insights and posts directly in your inbox

Thank you! Your submission has been received!
Oops! Something went wrong while submitting the form

Done! Keep an eye out for our emails.
Oops! Something went wrong while submitting the form.